Cookie preferences
This website uses cookies, which are necessary for the technical operation of the website and are always set. Other cookies, which increase the comfort when using this website, are used for direct advertising or to facilitate interaction with other websites and social networks, are only set with your consent.
Configuration
Technically required
These cookies are necessary for the basic functions of the shop.
Allow all cookies
CSRF token
Cookie preferences
Currency change
Customer-specific caching
Decline all cookies
Individual prices
PayPal payments
Selected shop
Session
Comfort functions
These cookies are used to make the shopping experience even more appealing, for example for the recognition of the visitor.
Note
Statistics & Tracking
Affiliate program
Track device being used
Categories
Information 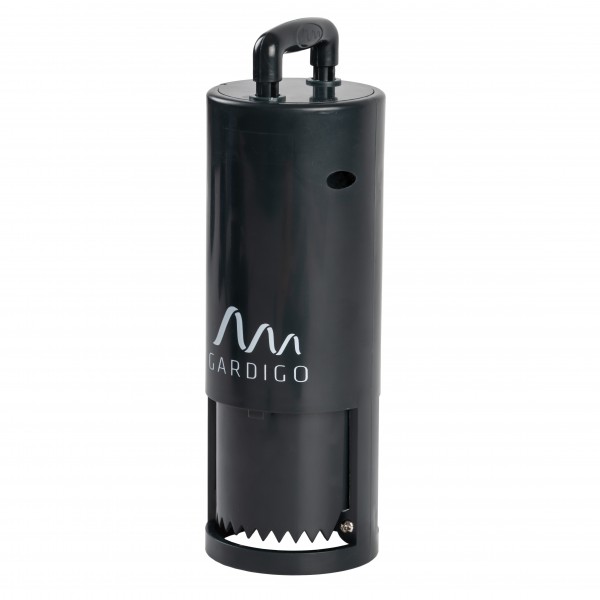 Voles dig their tunnels directly underneath the surface of your lawn, as they feed on roots and vegetables. The plants suffer immensely and will eventually die off. Earth mounds and collapsed tunnels are another unpleasant sight in the garden. The rodents reproduce at a fast rate and can quickly become a plague. The pest is easiest to control in its own underground tunnels. That is what the Gardigo Vole Trap is designed for.

To set the trap, one of the tunnels needs to be opened. These often run in straight lines between two mounds. Stick a probe (e.g. a thin metal rod) into the ground to find its exact position. If it sinks in easily at first and then with greater resistance, you have found a vole tunnel. A flower bulb planter is the ideal tool for digging a hole in which the trap fits as closely as possible. When inserting the trap, make sure that its openings align with the direction of the tunnel. As a draft of air would irritate the vole, make sure to seal the gap between the trap and the soil with leaves. Alternatively you may simply put a bucket over it. Tension the trap by pulling the handle located at its top. Once a vole moves the trigger pin, the trap snaps shut. A successful catch is indicted on the outside by the position of the handle. Removing the trap from the ground is not necessary to check for caught voles.